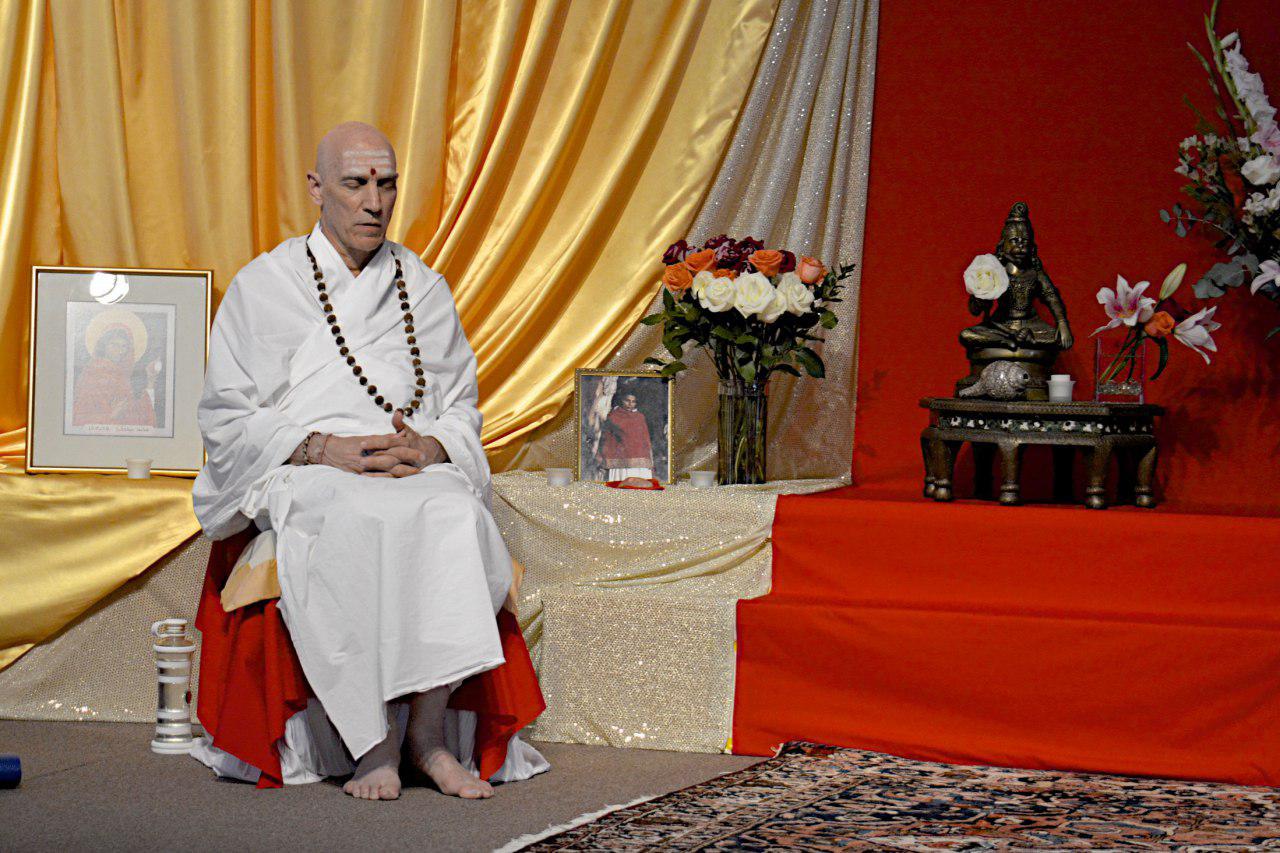 Swamiji is a transformational teacher, coach and author. He travels worldwide, holding workshops, coaching sessions, and spiritual gatherings in English and French. He has published six books in English and French, with his first book also published in Japanese. These books include: a book of personal stories and practical lessons from his years with his spiritual teacher, Sai Maa; a workbook that offers an action-taking method for self-transformation; and a series of four booklets about the healing power of action, healing power of meditation, reducing stress, and devotion.

At the Kumbh Mela in Prayagraj, India in February 2019, Swamiji was initiated into the 2700 year old Vishnuswami lineage, as Mahamandaleshwar Mahant 108 Swami Parameshwar Das Maharaj, representing recognition as a spiritual leader spreading the teachings of Sanatan Dharma around the world. (See the photos below)
‍
Throughout the year, Swamiji serves at Shaktidhaam, Sai Maa’s ashram in Varanasi India. He also served for seven years as Resident Spiritual Master of the Temple of Consciousness, Sai Maa’s ashram in Crestone, Colorado. He is a leader within the monastic lineage, the Order of Sai Maa Brahmacharya. Over the years, Swamiji has served as a leader in several of Sai Maa’s nonprofit organizations, including as Executive Director of Light Legacy Foundation, a nonprofit dedicated to the empowerment of women.

Prior to this time, Swamiji’s 25-year consulting career included executive and employee coaching, organization, leadership and team development, and leading an industry practice of consulting to Japanese and foreign-owned organizations. Swamiji was a Partner with a major management consulting firm in New York, and then led his own independent consulting practice, which included working with UNICEF on global reform for several years. He received his Ph.D. in Organizational Psychology and M.S. in Psychology from New York University. He was a licensed Psychologist in New York, and designated as Master Coach by a major international professional coaching association.